These games were sent by Shona Leggatt at Central Primary – thank you so much!

A huge thank you to Lianne Pirie at Tore Primary for sharing her counting cards for the Rook game:

This is also known as Four Kings, and can be played either using the four suits from a pack of playing cards or as follows:

Print out four copies on four different colours of card or paper. Shuffle cards and place out in four rows, face down. Pick up first card from top row and decide where card should go in row using knowledge of number sequence. Child can decide which row is which colour. Place card in correct position, then pick up card it has replaced and decide where it should go – continue till all four sequences are correct. This is a very simplified version, but so useful for working on number sequences with a group or individual child. This can also be adapted by simpler sequences, e.g. numbers 12 – 21 in ones, and targeted to particularly tricky sequences for a group or individual. You can also begin with just two sets and work up to four. Look in Developing Number Knowledge (Wright et al) for the full version of the game!

These can be adapted and tailored to the learning needs of children from early levels right through to secondary levels, and as I have found,  offer challenge and lots of fun for any age group! Although, as Annie does warn, some of the games can be addictive!

Most of the games only require a pack of playing cards, and are such a fantastic way of making maths and numeracy fun for children, while developing their confidence and sense of achievement. These could be used to plan learning linked to the Highland Numeracy Progression to develop number sequences and structure, Basic Facts, practice activities, or for home learning activities that both parents and children will enjoy. 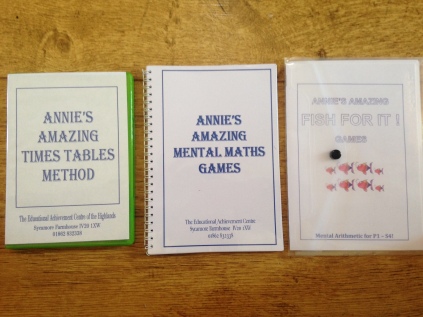 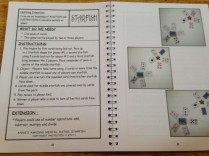 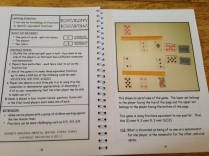 A pack containing instructions for forty-five of these games, as well as a DVD showing children playing the games costs £25.00, with lots of other resources also available. Please contact Annie for more details or information on: anniesamazingmaths@gmail.com  or myself on: kirsten.mackay@highland.gov.uk

A great link for printable games linked to different areas of knowledge:

Some games to help with fractions, decimals and percentages:

Some more great games from Carole – ideal for First* level!

Addition and subtraction board games

More games – thank you to Carole from Hillhead Primary for these!

Subtraction within 20 b Track Game

Odd and Even Track Game

Subtraction within 20 a Track Game

Some useful games to help with Basic Facts:

Greedy for Gold AND Giving your Gold